This project has been started by Jürgen and a TI Launched. He has put a lot of energy into it all to design, fund and coordinate. Thank you!

Using these notes you can follow the project. And help it succeed.

So, what is this all about now?

Jürgen’s 1) vision of a small, versatile, handy and affordable tool, which allows you to test and try out hardware; it led him to have a small board designed by Ralf Lieb. It is equipped with a micro- controller unit (MCU) from TI, the MSP430G2553. My 2) own experience with the 4e4th Forth for this MCU then brought us to work together on this project. For him and others interested then emerged this collaboration that he called internally, „his Swiss army knife“ for electronics. A kind of combination tool for the usual in modeling: small, light, compact, versatile, virtually in a backpack and go to all sorts of useful, and expandable. And low cost, easy to build.

And then you can just do such things:
EX6 - Dance of the Servos EX5 - Toggle 4 OUT bits manually EX7 - Servo follows analog input pin (ADC4)

The board TI Launchpad has been used for design and programming.

For an application use the EuroTech MSP430Board, LED and switches onto the little Protoboard, USBtoSerial cable to the PC if wanted. That’s it.

Juergen rummaged in his experience and created a list of tasks which tool should perform. One could also say, it is a collection of common fundamental tasks of MCUs, formulated as exercises (examples) and these were then programmed as simple examples. Either to work independantly controlled via switches or with a PC via a USBtoTTL cable, opening up for modifications. All tools required are on-Board. Well documented, so that the background can be well understood. It was surprisingly easy to forge such a small tool using Forth. These were created in this MCU as 4 digital and 2 analog inputs, 4 digital outputs, 1 PWM output and one frequency output (square wave 1:1). The whole thing was started on a TI MSP-LaunchPad which is used as well for programming the Flash. But this was not the end of it. Jürgen had a minimalist board in mind as well.

They are described very quickly: They actually consist of MCU, whose pins are taken to the outside of the board, so solder connections can be made easily and changed again and again. Or add two pin headers, soldered in to plug the whole thing into a breadboard (see picture). And combinations are possible. On this board there are only the minimum necessary components for the operation of the MCU of this MultiTool.The whole system is assembled quickly, reusable; and as it is extremely low cost, it can also be installed, another one built and used as intelligent IO, or tested to death during experimenting. You may shrink your Forth computer down to a chip with software, one resistor, a few wires, and FTDI 3.3VUSB Interface.

Or make your own urchin … 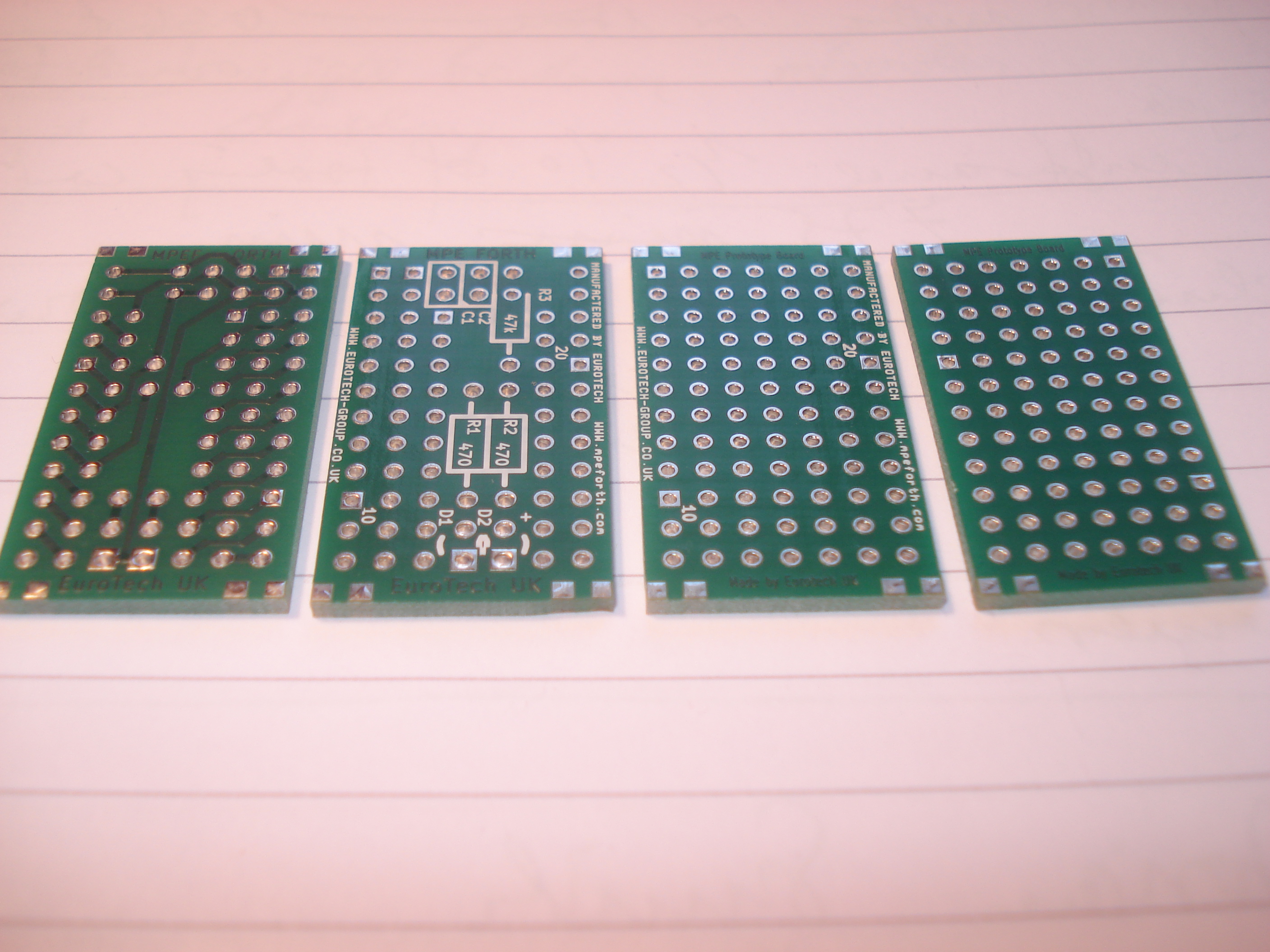 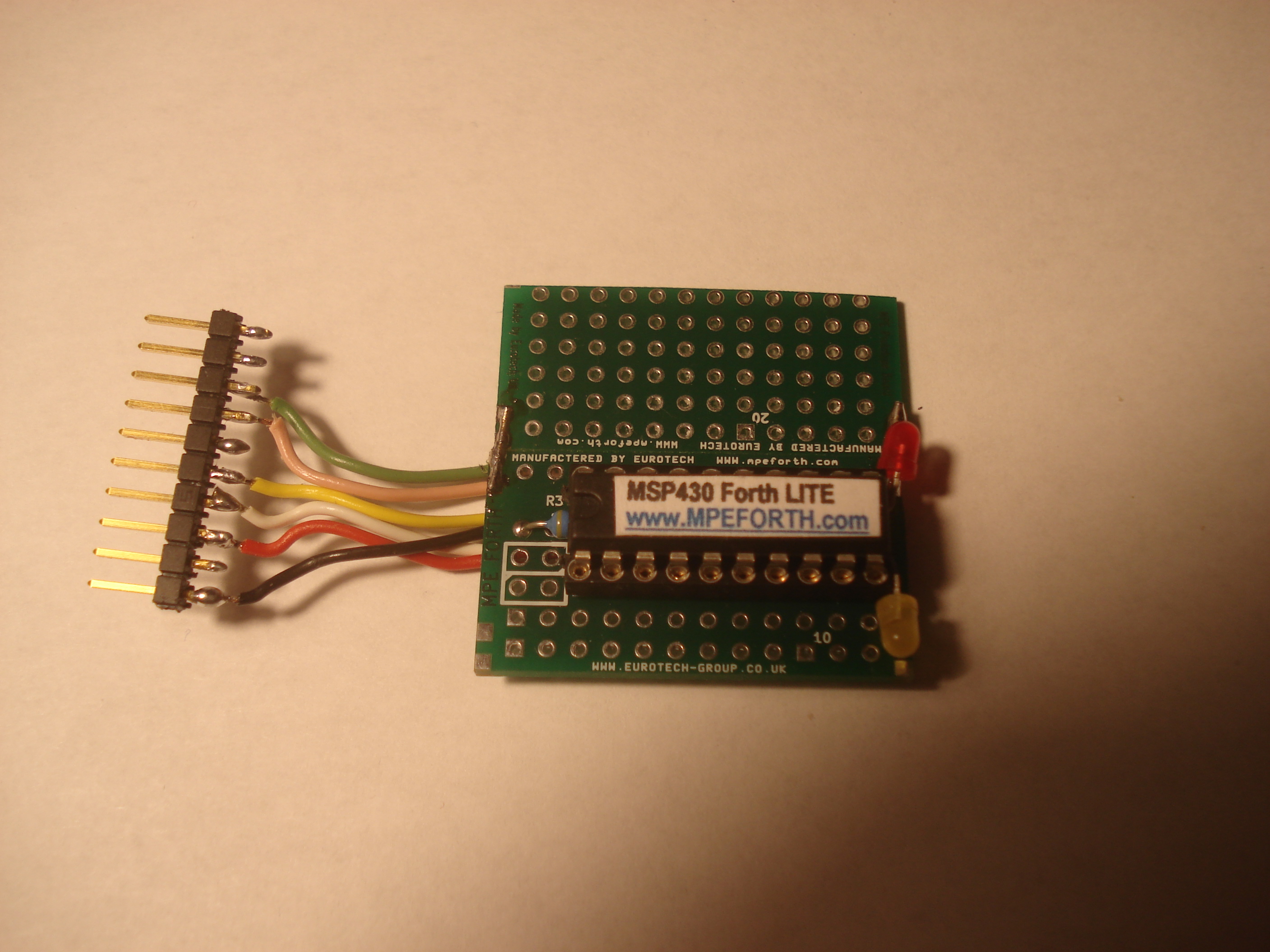 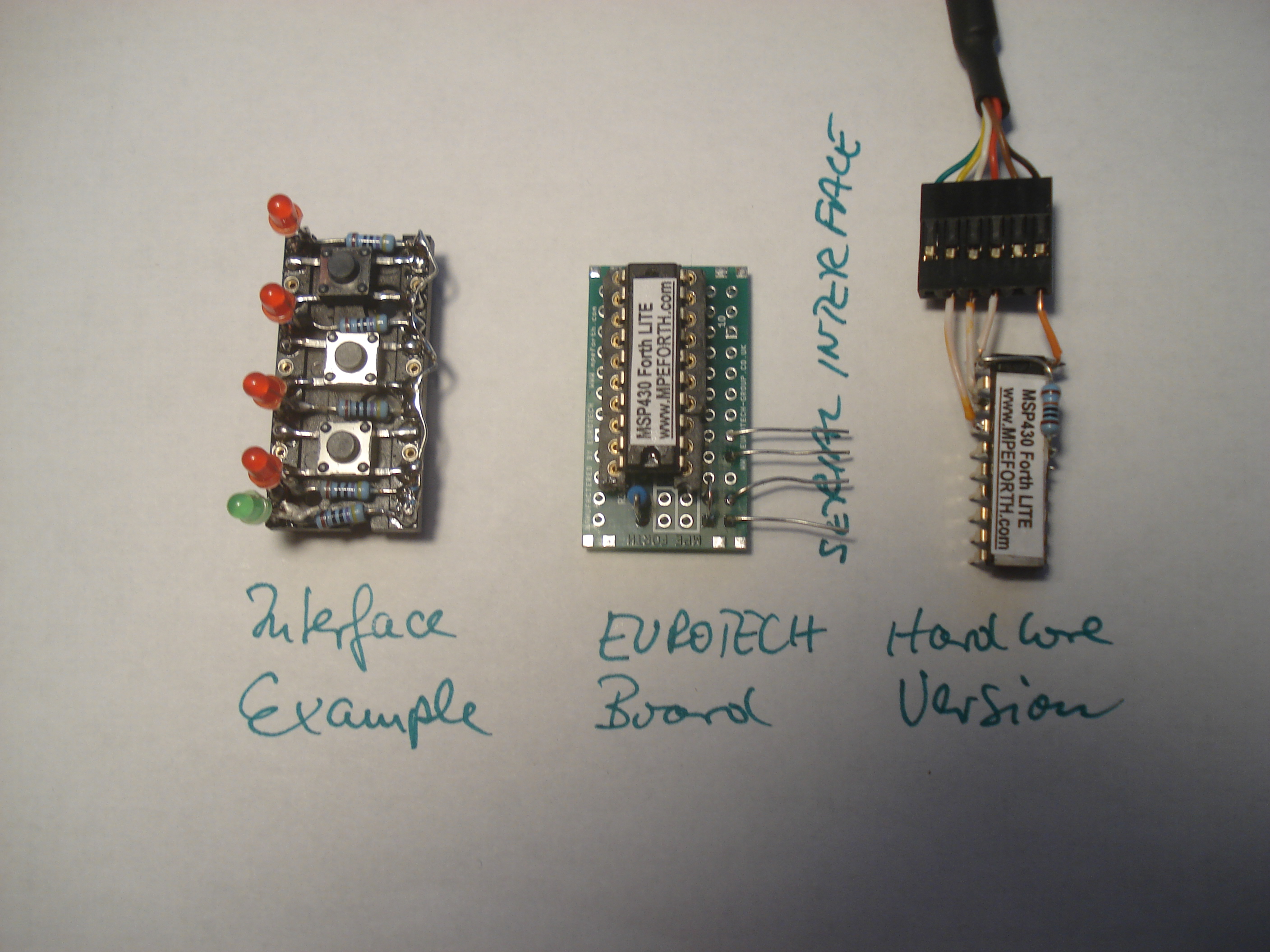 (to be added soon)

Here you can see already a little bit about what is happening.

Warning: The video clips there are around 50MB.

Can you join the user club already? Yes, you can. The source code is not fully developed yet, but if you want have a look already. You do not have to copy from the preview, just download the starter pack to join. It contains the immediate flash-ready image of MMT4 , and as documentation the source code.

There will be certainly still minor changes. And it is already clear, this asks for a 4e4th update. The Mini Multi Tool was started under 4e4th - rev034 , which results in some inconsistencies with the current 4e4th IDE. The IDE does use some debug capabilities already of the 4e4th.

I hope there will be even more professional successors of our very first improvised prototypes.

And of course versions using more powerful MCUs and as result still further programming examples on just such minimalist boards. 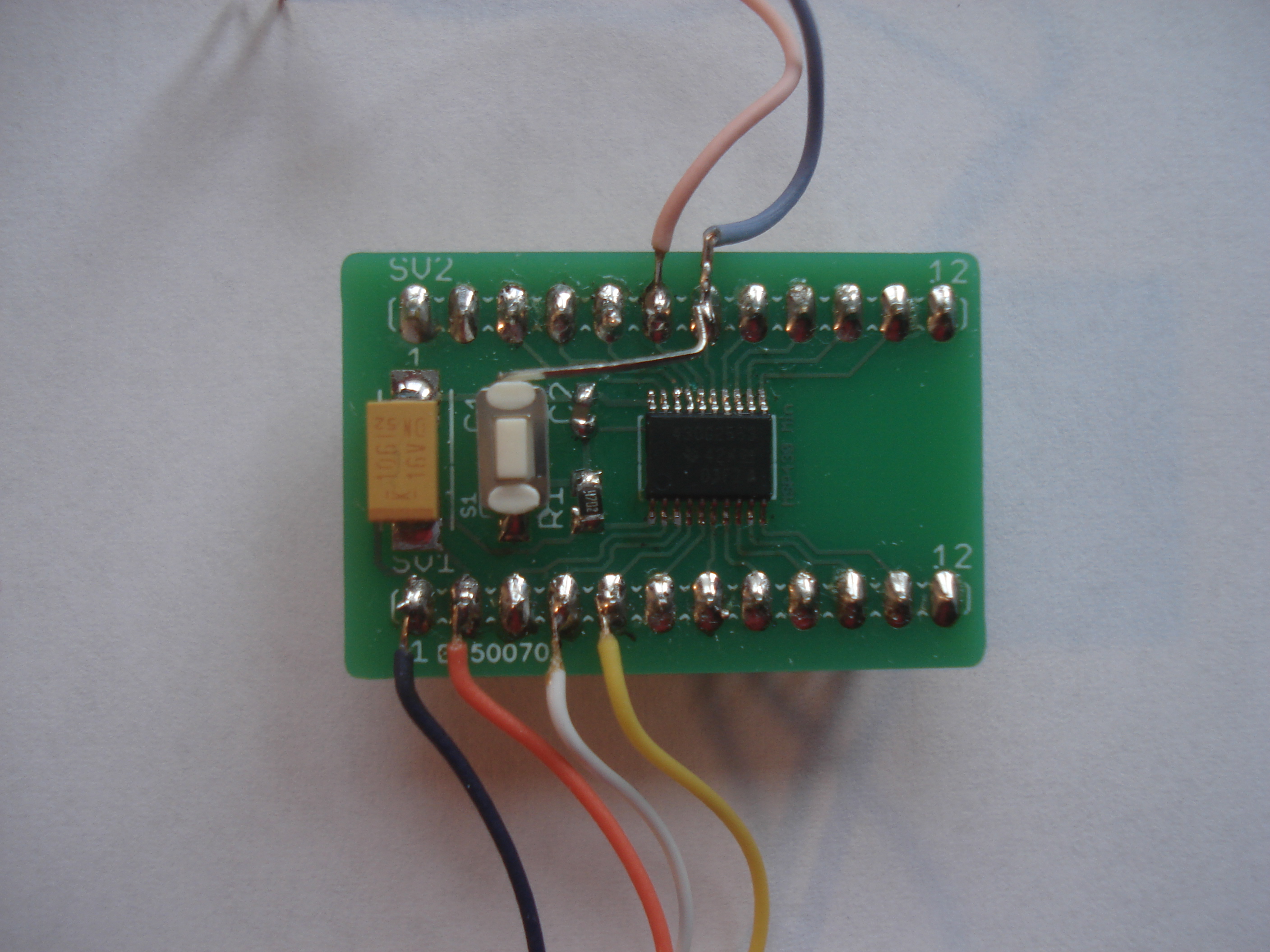 Drivers of this project

Jürgen Pintaske, and Ralf Lieb who designed the boards, and EuroTech who manufactured boards for us free of charge.

And thanks to others who helped. Pick up your free boards at electronica 2014, 11 - 14 November at EuroTech. 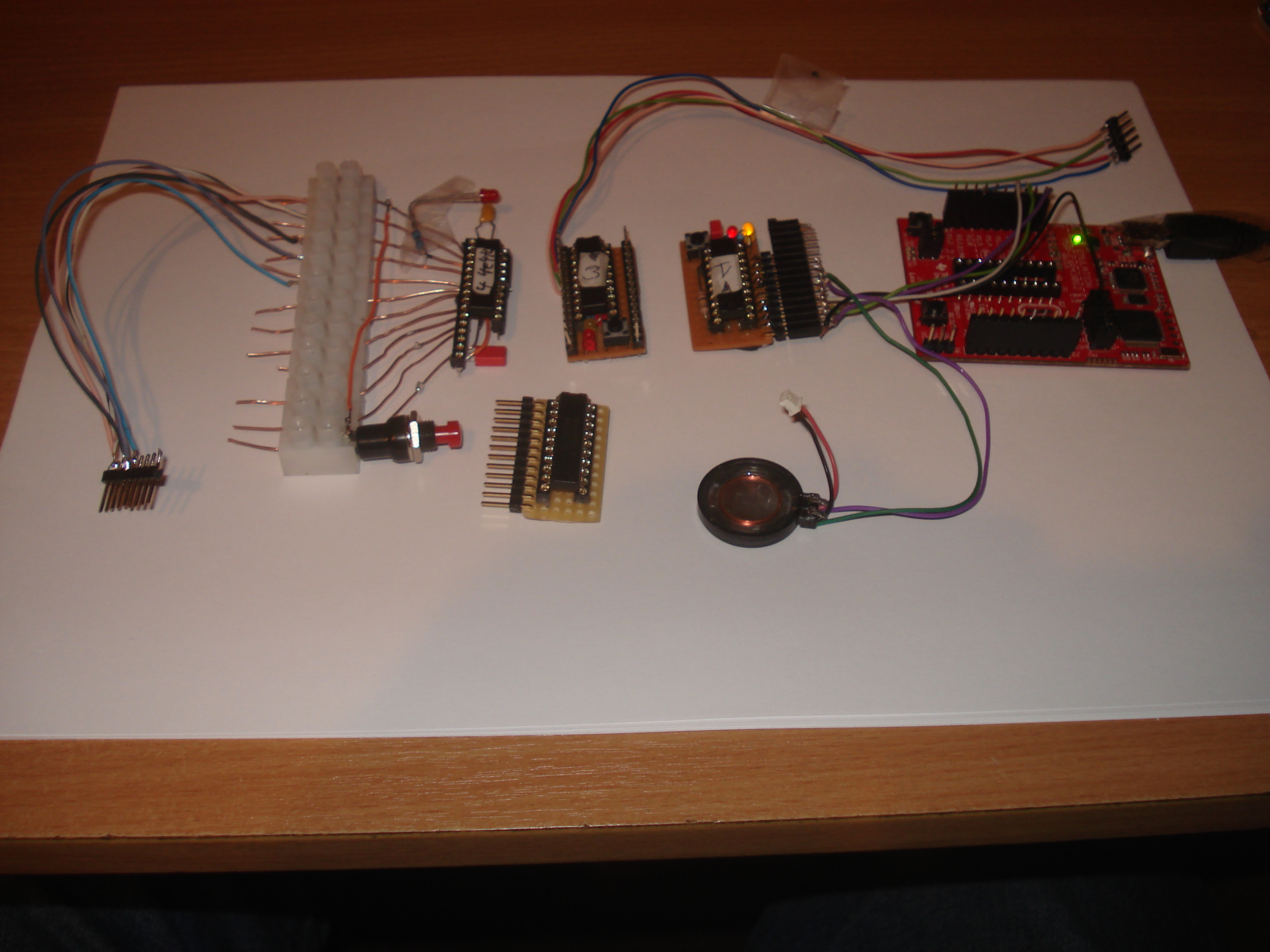 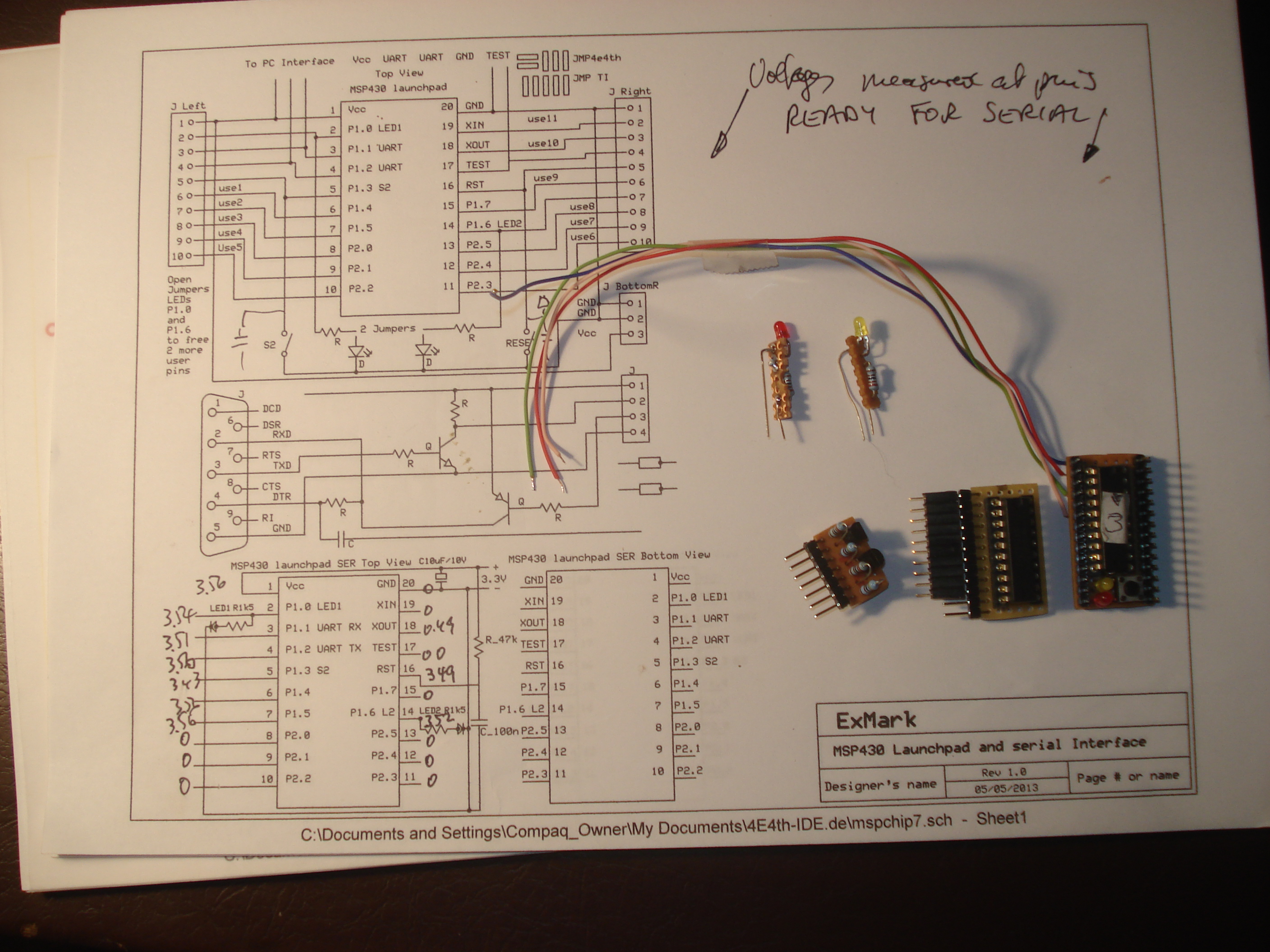